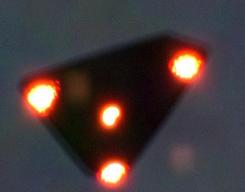 Links and Resources about Extraterrestrials and U.F.O's

UFO Abduction
The International Center for Abduction Research (ICAR) is an organization devoted to the dissemination of trustworthy information about UFO abductions.

Countries Releasing UFO Files
Here is a list of reports about various governments from countries around the world who have made their x-files and once classified UFO documents available to the public.

UFO Evidence
Get sources of quality research and information on the UFO phenomenon, with thousands of articles, documents and resources.

U.F.O Videos From Around The World
View dozens of videos of U.F.O's from around the world.

Political Implications of the extra-terrestrial presence.

Exopolitics Radio
A weekly Exopolitical public affairs talk show, exploring the evidence and impact of intelligent, organized life in the Universe on our human society.

U.F.O & Paranormal News Headlines
The top headlines of the week related to UFO and Paranormal news.

The Master File
From the "Rebellion in Heaven" unto Present and Future times.. This site has a treasure trove of information about the extraterrestrials, conspiracies, the NWO, the cosmic awareness, galactic confederation information, and more.

Cosmic Beings - Extraterrestrials
Learn more about extraterrestrials from ancient times. The annunaki and the Giants that are referanced in the bible and other religious texts. Discover the stories of ancient cultures and religions from around the world in regard to these cosmic visitors from the skies.

UFO Digest
UFO Digest searches the Internet for proof of ufos and the paranormal and publishes videos, in depth interviews, insightful articles and more.

All about UFO's and Extraterrestrials

Back to previous page