Explore and Discover The Various Mysterious, Sacred, Ancient, And Mystical Places and Spaces Around The World. From The Giza Pyramids To The Bermuda Triangle. 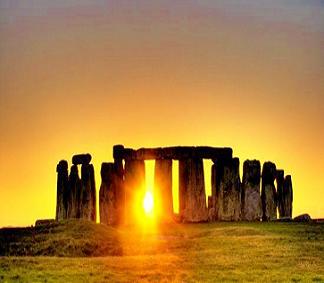 Bermuda Triangle
Also known as the Devil's Triangle, The Bermuda Triangle is a region of the northwestern Atlantic Ocean in which a number of aircraft and surface vessels have disappeared.

The Nazca Lines
Nazca Lines are a series of geoglyphs located in the Nazca Desert between 200 BC and AD 700. Hundreds of them are simple lines or geometric shapes, and more than seventy are natural or human figures

Sacred Places Around the World by Brad Olsen
World travelers and armchair tourists who want to explore the mythology and archaeology of the ruins, sanctuaries, mountains, lost cities, and temples of ancient civilizations will find this guide ideal.

Sacred Places & Architecture
An exploration of how and why places become invested with Sacredness through Art and Architecture, Also explore Sacred Caves, Stones, Mountains,Trees and Water.

Sacred Places Around The World
Thousands of places around the world are regarded as sacred. Some still guarded by indigenous people, sites of secret ceremony and prayer, some are national shrines known to millions.

Wonders of the World
The 7 Seven Wonders of the Ancient World are the most remarkable man-made constructions and natural creations in the world.

Planetary Chakras
Earth has an Aura too. There are Seven sacred spots of energy at various places around the earth that correspond to the 7 chakras(energy points) within the body.

Strange Things on the Moon
Several anomalous shapes and structures on the lunar surface have been photographed. What could they be?

Mysterious Places
Mysteriousplaces.com takes you on a journey where you can explore ancient civilzations and sacred sites from around the world.

The World's Mysterious Places
A video (5 parts) that take you on an amazing visual journey to many mysterious, sacred, mystical and unexplained places around the world using Google Earth.

The Pyramids of Giza
Explore these mysterious Pyramids in Egypt, Learn about the history, the architecture, and more. Lots of pictures and links to other related sites on the Pyramids.

Mysterious Wonders: Temples of Heaven
Discover a world of wonderment and awe. These temples built long before our time are a testament of survival and beauty.

Unexplained Earth
An online journal of exploring mysterious places and unexplained phenomena around the earth..