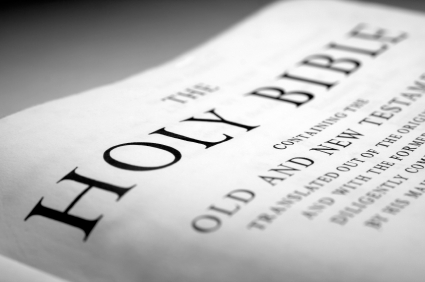 The Bible says prophecy is a light in the darkness ...

Bible prophecy or biblical prophecy refers to the prophecy or prediction of future events based on information received from prophets in the book of the Holy Bible. Prophetic passages of future events-to-pass are widely distributed throughout the Biblle. The most often cited are from Ezekiel, Daniel, Matthew 24, Matthew 25, and Revelation. These biblical passages are believed to contain descriptions of global politics, natural disasters, the future of the nation of Israel, the coming of a Messiah and a Messianic Kingdom, and the ultimate destiny of humankind.

Some prophetic passages are depicted as direct statements from God while other statements are expressed as the privileged perspective of biblical author, usually a prophet considered to have received revelations from God.

Among most Christian denominations, the prophecy that Jesus will return to Earth (referred to as 'the second coming') is a major doctrine, which can be seen by its inclusion in the Nicene Creed. Many specific timeframes for this prediction have been declared by individuals and groups, although many of these dates have expired without the occurrences predicted. An official statement of the Vatican, issued in 1993, asserted, "we are already in the last hour". 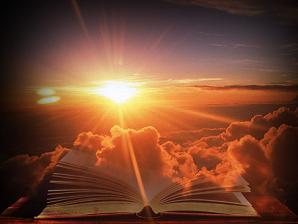 In the 1990s, a new way to prophetically interpret the Bible was instigated. Proposed by Eliyahu Rips, it was said that words and short phrases were hidden in the Hebrew Bible as skip-letter sequences (every 30th letter, for example). The mathematical probability for several coded words which are related to occur within the same area of the Bible was calculated by Rips to be enormously greater than chance.

Armageddon: The End of the World?

The Occupy Wallstreet Protestors - A Biblical Prophecy? The Book of Revelation - Bible Prophecies

Prophecy News Watch
Biblical prophecy in the news that keeps you informed of major current world events from a biblical perspective, including weekly peophecy related news.

Bible Prophecy Truth
This website is designed to help people from all religious backgrounds clearly understand the major prophecies of the Bible. Many Bible prophecies from Daniel and Revelation have been thought to be sealed mysteries, but within the Bible God has provided the keys to unlock these secrets.

BibleProphecy.com
Lifting the veil from the apocalypse and what has semed to be a mystery of many Christians over the past 2,000 years. This site is dedicated to revealing the true meaning of "The Apocalypse," or "The Revelation," using sound principles of interpretation, consistemt methods exegesis and using a historical-grammatical approach as we study eschatology (last-things) in general.

Five Keys for Prophetic Understanding
Is Scripture just a mystery? Are its images impenetrable symbols that no one can understand? Or has God given us the tools to recognize what Bible prophecy means for our future?and for life today?