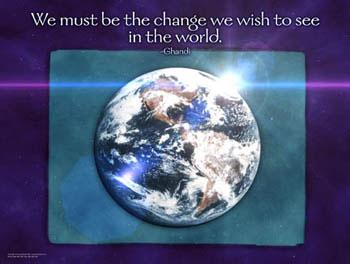 Go confidently in the direction of your dreams. Live the life you have imagined.
-Henry David Thoreau

All men dream but not equally. Those who dream by night in the dusty recesses of their minds wake in the day to find that it was vanity; but the dreamers of the day are dangerous men, for they may act their dream with open eyes to make it possible.
-T.E. Lawrence

The boundaries which divide life from death are at best shadowy and vague. Who shall say where one ends, and the other begins?
-Edgar Alan Poe

Life is like a library owned by the author. In it are a few books which he wrote himself, but most of them were written for him.
-Harry Emerson Fosdick

After the game, the king and the pawn go into the same box.
-Italian Proverb

The more you say, the less people remember.
-François Fénelon

You cannot depend on your eyes when your imagination is out of focus.
-Mark Twain

When one door of happiness closes, another opens, but often we look so long at the closed door that we do not see the one that has been opened for us.
-Helen Keller

Happiness grows at our own firesides, and is not to be picked in strangers' gardens.
-Douglas Jerrold

If you have built castles in the air, your work need not be lost; that is where they should be. Now put foundations under them.
-Henry David Thoreau

Arguing with a fool proves there are two.
-Doris M. Smith

Man cannot discover new oceans unless he has the courage to lose sight of the shore.
- Andre Gide

Beauty is eternity gazing at itself in a mirror.
-Kahlil Gibran

To avoid criticism, do nothing, say nothing, be nothing.
- Elbert Hubbard

I know God will not give me anything I can't handle. I just wish that He didn't trust me so much.
-Mother Teresa

"Forgiveness is the fragrance that the violet sheds on the heal that has crushed it."
-Mark Twain

We can complain because rose bushes have thorns, or rejoice because thorn bushes have roses.
- Abraham Lincoln

If I were asked to give what I consider the single most useful bit of advice for all humanity, it would be this: Expect trouble as an inevitable part of life, and when it comes, hold your head high. Look it squarely in the eye, and say, "I will be bigger than you. You cannot defeat me.
-Ann Landers