Exploring The Inner Workings of Astrology 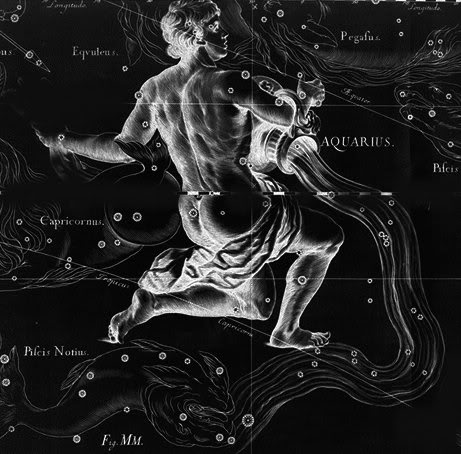 Astrology is one of the great adventures of human civilization and has contributed greatly to people's lives and to our culture over time. Astrology's purpose is to use the positions of the planets and stars in the sky to gather information on the individual and on humanity. Astrology is a system that enables us to understand the past, present and the future within a universe full of meaning.  Joseph Crane

The Practice and Purpose of Astrology

By understanding the inner workings of the astrological system, one can gain deeper insight into their own inner nature. Here are a few basic principles about astrology and how it can guide us, as well as a glimpse into its early history and modern day use.

Astrology is an ancient science that dates back to the third millennium BC. The word Astrology means "the study of the stars". This system involves studying the movements and relative positions of celestial bodies, and how the cosmic cycles and energies of the solar system affect life on earth. Astrology allows us to explore ourselves and our relationships with others in a deeper and more meaningful way; it is a map of human destiny that guides us on a path to discovering our unique place and purpose in this world.

Many cultures have attached importance to astronomical events. The Indians, Chinese, and Mayans developed elaborate systems for predicting terrestrial events from celestial observations. In pre-modern times, Astrology and Astronomy were once indistinguishable, and many other systems of knowledge depended upon it. Although the two systems would eventually became distinct from one another, Astrology still had a major influence on our modern Astronomy. Even Medicine and Literature were influenced by astrological symbolism.

The zodiac is a spherical celestial coordinate system. In astronomy, the zodiacal constellations are a convenient way of marking the ecliptic (the Sun's apparent path across the sky) and the path of the moon and planets along the ecliptic. Astrology is concerned with the belt of space that surrounds the ecliptic; this space is divided into 12 equal portions called Zodiac Signs, or Sun Signs.

The twelve Zodiac Signs are: Aries, Taurus, Gemini, Cancer, Leo, Virgo, Libra, Scorpio, Sagittarius, Capricorn, Aquarius, and Pisces. Your date of birth determines which astrological sun sign you are. Each Sun Sign of the Zodiac has distinguishing traits and characteristics; a person born under a particular sign will share those same qualities to some degree.

A personal astrological birth chart (called a natal chart) is based on the positions of the sun, moon, and other planetary objects at the time of birth; your geographical location of birth is also considered. The natal chart can be seen as an energetic blueprint of your soul. Horoscopes, such as those found in magazines, are vague and inaccurate because they are based only on your Sun Sign. A complete natal chart is necessary in order to have a better understanding of your inner nature, and alos, to learn how the energies of planetary cycles can influence your life path. A Natal chart uses the Sun sign, along with other planetary aspects, to reveal an energetic snapshot of your personality; it can also describe your personal strengths, talents, challenges and life lessons.

The central principle within astrology is focused on the connection between astronomical phenomena and events in the human world. This relationship can be expressed with the Hermetic axiom "as above, so below; as below, so above," which describes the symmetry between the human being as a microcosm and the cosmos as a macrocosm. The two are integrated as the individual, Earth, and the celestial environment are viewed as a single organism, all parts of which are correlated with each other. Cycles of change that are observed in the heavens are therefore said to be reflective (not causative) of similar cycles of change observed on earth and within an individual.

Some interesting things about Astrology:

Great writers such as Shakespeare and Chaucer used the traits and qualities of the zodiac signs for their characters behavior.

In Medical Astrology, each sign of the zodiac is assigned to ruling over particular parts of the body, organs and even diseases.

The intense energy of the full moon is still observed to bring out the eccentric traits and unusual behavior among humans and animals.

Each Zodiac sign is also represented symbolically by one of the four essential elements: Air, Water, Earth and Fire. Each sun sign will express particular qualities of its associated element.

The Zodiac was originally a natural agricultural calendar that dated the sowing of crops, harvesting, etc. by the rising and setting of the stars (especially Sirius), and the Pleiades or other recognizable constellations.

The historically famous astrologer Nostradamus is said to have predicted major events such as the Second World War, the assassination of the American President John F. Kennedy and, most recently, the attack on the World Trade Centre.

An Astrological Age is a cycle of time that lasts around 2,000 years in one particular zodiac sign. There are twelve Astrological Ages for each sign of the Zodiac. During this period, the qualities and characteristics of the sign are reflected in society and culture on Earth. Astrological ages occur because of a phenomenon known as the 'precession of the equinoxes'. We are currently on the cusp of shifting into the Age of Aquarius. The influences of this new age is already being felt my many; both the positive and the negative polarities of the Aquarian energy can be observed within current world events and even within human consciousness itself.

Astrology can provide you with some unique insights into your personality and into your relationships with others; it also reveals your potentials and some of the possibilities that may present themselves in the future. Interpreting a chart in such detail can be a complex process, but there are many free astrological programs available on the internet where you can generate an accurate birth chart complete with planetary aspects and astrological interpretations.

see also: The Origins and History of Modern Astrology | Basic Understanding of Astrology and Horoscopes |

Next Section: Current and Upcoming Plantery Transits and Events